Historical Uses
-The healing uses of crystals are documented as far back as 1500 B.C. in the Ebers Papyrus from Egypt. This Egyptian medicinal text documented the many ways in which crystals were used for healing.
-The ancient Egyptians strongly believed in the healing and protective power of crystals. Many pharaohs wore crystals on their headdresses and many crystal amulets have been found in their tombs. The pharaohs often had their masks lined with crystals in the belief that crystals helped them be better rulers. Many objects of Amazonite and Lapis were found in King Tut’s tomb and Amazonite was one of the stones on his famous gold mask.
-Crystals are also used for healing in Chinese Medicine, which dates back to at least 5000 years. Crystal needles are also often used in modern day Chinese acupuncture and in Pranic Healing.
-Crystals have also been recognized for healing by Tibetan Buddhists and the Ayurvedic healing system for hundreds of years. The use of crystals is popular in both Hinduism and Buddhism.

-The Vedas, sacred texts in Hinduism that are over 5,000 years old, thoroughly discuss the power of crystals and their uses for healing. The Vedas prescribe specific crystals for certain ailments and describe the properties and powers of different crystals. For example, in the Vedas it is written that Emeralds bring good luck and well-being.

-Crystals are referred to over 200 times in the Bible.

-In the New Testament, God’s heavenly city, New Jerusalem, is said to be built on foundations of crystals. “And the building of the wall of it was of jasper: and the city was pure gold, like unto clear glass. And the foundations of the wall of the city were garnished with all manner of precious stones. The first foundation was jasper; the second, sapphire; the third, a chalcedony; the fourth, an emerald; The fifth, sardonyx; the sixth, sardius; the seventh, chrysolite; the eighth, beryl; the ninth, a topaz; the tenth, a chrysoprasus; the eleventh, a jacinth; the twelfth, an amethyst."

-In 1150, Saint Hildegard wrote two medical treatises where she documented the healing properties of crystals and their uses. She described how the vibrational energy in crystals strengthened the weak and healed illnesses. Saint Hildegard was highly regarded for her many accomplishments. In the 1100’s she wrote poems, books on medicine and theology, plays, and composed music, on top of being a nun, physician, orator, scientist, preacher, consultant to popes and kings, and a philosopher. She also founded two monasteries. These accomplishments would be amazing for a woman today, let alone a woman living in the 1100s.

-In Muslim culture, using the power of crystals has also been very popular. The Muslim prophet, Muhammad, himself wore a Carnelian ring and it was believed by many that wearing a Carnelian ring guaranteed Allah granting all your desires, which made Carnelian a very popular crystal amongst Muslims.

-Excerpt from Jameel Kermalli’s book, "Islam: The Absolute Truth":“In Islam, a tradition states that Ali used to wear four rings on his hand - Opal (Yaqut) for beauty and dignity; Turquoise (Feruz) for obtaining divine help and victory; Hadid Thin for strength, and Carnelian (Aqiq) to protect himself from enemies and all types of misfortunes. The religion Islam has strongly recommended its followers to wear rings made from different stones, as a way to increase faith, piety, and endurance. The stones of Aqiq, Feruz and so forth have been specifically recommended by the Prophet (S) himself to wear them at all times, and especially during prayer. Stones have unlimited practical and medicinal properties.
….’Aqiq protects Shia from unjust rulers and from everything else, which causes fear.’ (Amali of Tusi - Volume 1, Page 36)
This means that the stone recognizes a Shia of Ali and produces strong energy fields that block adulterated nearby sources of energy. This is why Muslims have been advised to keep their rings in one place at all times when they are not wearing the stones - this way the energy that is absorbed and released from such stones surround themselves within the stone.”

-The use of crystals for healing was very popular amongst indigenous tribes across the world.

-The Mayans used the power of crystals for healing on physical, emotional, mental, and spiritual levels. They also used crystals to diagnose diseases.

-The Incas also used crystals for their power and healing. They particularly regarded the Emerald as a very powerful, holy stone and it is said that many Incas chose to die rather than give the conquerors the location of their Emerald mines.

-The medicine men in many Native American tribes and indigenous tribes in Australia also used (and still use) crystals to diagnose illnesses, as well as to heal people.

-“For the Middle Ages and even into the 17th century, the talismanic values of precious stones were believed in by high and low, by princes and peasants, by the learned as well as the ignorant.” (George Frederick Kunz, in his book “The Curious Lore of Precious Stones”)

-In Japan, quartz crystal spheres were considered to represent the heart of dragons and in Japanese culture, dragons symbolize power and wisdom.

-Cleopatra's favorite piece of jewelery was said to be an Amethyst ring, engraved with the figure of the Persian Sun god, Mithras. Since she seduced two powerful Roman generals, Mark Antony and Julius Caesar, it was believed by Roman wives that wearing Amethyst would ensure the devotion and faithfulness of their husbands.

-St. Valentine was said to wear an Amethyst ring carved with a picture of Cupid.

-Alexander the Great was said to wear a large Emerald during battles to ensure victory.

-The Moguls of India, including Shah Jahan (who built the Taj Mahal), took Emeralds, inscribed them with sacred text and wore them as talismans.

This information was taken from powertreasuresonline.com

There are lots of crystals which aid blood circulation and blood flow. Many of these have very high iron content and aid the absorption of iron into the system. The obvious few are Hematite, Magnetite, Lodesstone and Sphalerite. However here are a few that are very good for specific blood disorders. VERDITE Composition: Mg6(OH)8Si4O10 Alternative names: Buddstone, Budstone, African Jade, Brown Serpentine. Healing: Raises oxygen levels & aids dizziness. Cleanses the blood, removing toxins, and genital disorders. Increases resistance to infection, soothes allergic conditions. Brings reliability, fortitude & constancy. Can be used to access and assimilate ancient knowledge. It is an excellent stone to stimulate the movement of the Kundalini. PYROLUSITE Composition: MnO2 Alternative Names: Fusa, Varivicite. Healing: Strengthens the aura to repel negativity. Promotes confidence and optimism. Brings determination to a desired cause. Can aid in breathing difficulties and Bronchi 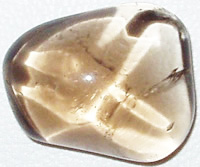 Crystals for muscular and nerve pain. 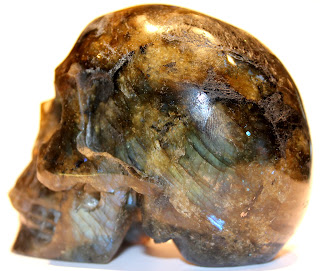